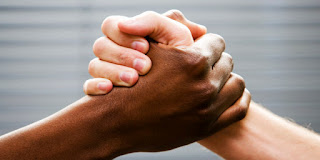 A non-profit’s success is measured based upon the effectiveness of its mission statement over time. All non-profit’s should have a positive impact on people and communities over time. Some well-known non-profit organizations are the NFL, Red Cross, Smithsonian Institute, and St. Jude’s Children’s Research Hospital. Non-profit’s are known for things such as sheltering, feeding, healing, and educating people through community outreach and development.

Capacity building helps people, governments, and organizations fulfill their mission statement while improving aspects that allow them to attain their desired results. Non-profit organizations use various strategies and activities to achieve their mission and become sustainable overtime. Advancement of communication strategies, technology, and collaborative planning are a few of many ways to build capacity within an organization.

Non-profits should conduct an organizational self-assessment to learn which key capacity areas require improvement. Capacity building is needed for the effectiveness, advancement, and organizational maturity of a non-profit organization.
Posted by Unknown at 1:45 PM No comments:

The only people who seem to benefit from foreign wars are those in the military industry private sector winning contracts.  The elected and military leaders who created or willingly got behind any kind of false flag type of mission without resigning or bringing to light the corruption, graft and theft may feel that they are not accountable to anyone, but reality always has a way of coming out even if Americans don't see it at first.
Posted by rajdwivedi at 2:06 PM No comments:

This clip offers a good example of how effective leaders should behave to accomplish goals and get the best out of their people.  Many lessons in basic leadership come from the military that translate well into civilian management roles.
Posted by rajdwivedi at 6:37 AM No comments:

This leader is someone who inspires others to work within their strengths and being an authentic leader living with purpose and following your passions to make your contribution to the world with 100% authenticity. One of the best CEOs of the last century.  Well worth watching.

Posted by rajdwivedi at 9:47 AM No comments:

Today marks the 79th birthday of my father Radhey Shyam Dwivedi who taught me about a lot of things in life and set the example for me on how to be a good father and to have compassion for those in greater need.  He shared Pavi Mehta's story with others and me when he learned of her work with Karma Kitchen and her uncle's work offering free eye care in clinics around the world because it immediately touched him as a message to share with others. That's the story of my dad.  He is a humble man that lives simply, and well below his means to this day.  He earned a comfortable and quiet life of financial security after a near 40 year career as a professor, retiring from Howard University after running the university's electron microscopy lab.  He showed me and my brothers how to be helpful to others wherever and whenever we could.

Everyone has a biological father or someone that acts like a father figure to them in this world whether actual, adopted or figurative.  They are not all equal however in their abilities or capacity to care, support and love their children, or in the gifts they can pass to their children.  My father is an interesting character.  He was incredibly strict with my brothers and me growing up.  Some could arguably call his style of parenting a fault, much as "Tiger Mom," Amy Chua, was criticized for her style of raising her children.  Our mother was every bit a Tiger Mom, and used my father as the enforcer to mete out justice for major indiscretions, insubordination, or general mischief we got into as kids and teens.  My brothers and I, unfortunately, gave them a lot to worry about and as a result I spent a lot of my teen years restricted to going to school and coming back home.  I fought a lot with other kids (they were bad guys though), and got suspended quite regularly in junior high school.  My suspensions were occasions where I had to go to work with my dad at his lab.  I would meet his graduate students doing research in his lab and hang out with them.  It was very boring for a kid.

He had a typewriter there at his office, and would let me use it to write.  I can say that his encouragement in those formative years is what made me love writing.  I was not a bad kid, but I did need the discipline that he handed out.  Otherwise, I don't know who I would be today based on the friendships I was making in those formative years as a teenager.  It was not easy for our immigrant parents to raise three boys in America with different values from their Indian culture, and I am amazed at how we all turned out.  His family has 8 grandkids and four households with more ups than downs over the last 50+ years of our lives in America. I realize though, that this was not by happenstance.  It was due to the steadfast resolve of my father and mother before she passed away from cancer.  Back when we were growing up, my dad was a role model for justice, dependability, integrity, knowledge, loyalty and endurance way before I knew what those words meant as a leader.  When my mother got sick and died at the age of 48 and my father was around age 50, he was the rock in our lives and his example of how you grieve and deal with great loss made a lasting impression on me as an 18 year old.

I don't know if he understands to this day what his steadfast resolve to always care, expect the best from his kids and grandkids and others he meets means to them.  His love and support often comes with deserved criticism that he delicately shares.  It always comes from a place of love and well meaning to enlighten and share his thoughts and opinions.  He continues to set an example for me as a father to my kids and as a role model to follow for being a good and compassionate person.  I am amazed at the depths of his compassion and concern he has for his family and friends, and his willingness to bail everyone out of jams financially, emotionally or spiritually if ever needed.  I don't know how I can ever pay forward, as in the Karma Kitchen example, all that I owe him in life.  If I can amass half of the compassion for others that he has, I will be on my way to being a better person and will try.


Posted by rajdwivedi at 8:49 AM No comments:

The ABCs of professional selling is not "Always Be Closing"

Why the ABCs of Always Be Closing have changed to Attunement, Bouyancy and Clarity of message.  In this great book by Daniel Pink, which should be required reading for anyone in business today or wanting to go into business today, Pink outlines the reality of professional selling.

The  individuals who are a resource to internal and external customers consistently deliver on all three aspects of the ABCs, and are every bit and more effective sales professionals as the actual designated sales professionals who are often motivated by the old paradigm of carrot and stick performance measurement and results.

The above book and this classic book can be read and re-read by professionals in any walk of life to grow their leadership skills.

Posted by rajdwivedi at 9:22 AM No comments:

Taking One For The Team

When leaders take one for the team it is usually to save the organization embarrassment.  A friend, former classmate and former peer was recently reported about in the news as having been asked to resign from his command in the USMC for "apparent pattern of intemperate behavior and language."

I knew this guy.  His values were just like my values and most other Marine officers I served with.  If he did anything wrong, I'll bet everyone else ever in that same position had done the same or worse. The only difference is he was taking responsibility for whatever it was.  This guy was always an unselfish, strong leader as a classmate that was naturally good at everything he did when I knew him.  He was a leader on the high school football team, smart enough to get a scholarship to play football for Florida State University and was strong enough to lead Marines, yet he was humble about everything he was good at.  He was the kind of leader Marines usually follow into hell and come back in one piece because of his leadership.

If the senior leadership of the Marine Corps decided to end his career over something that does not rise to the level deserving it or applied to everyone consistently, my words to all senior leaders everywhere is to learn from this example and understand what you get as leaders in the future.  There is a difference in the quality of people an organization can attract and retain.  It is not easy finding great leaders that can transform an organization.  The ones that get things done for organizations often are not the ones who quietly go along with the program.  The great leaders are not always politically correct.  Sometimes we need them to take calculated risks and question authority.  .

Without great leaders to call out the change needed in the world, we would have continued the policies of Rumsfeld, Cheney, Wolfowitz and others who would have us believe we can't do any better.
Posted by rajdwivedi at 6:56 PM No comments: 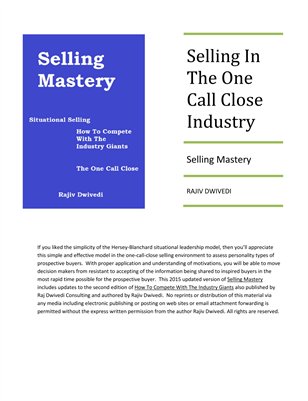 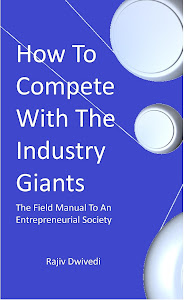 Available at all bookstores and libraries